Response to the waspish ghosts of theological thinking


The possible End may never be reached. We can count on the Urban Effect to move us toward that End, but we cannot assume that the increasing freedom and complexity to which the Urban Effect gives rise will not be used destructively. An adequate theology must nerve us to support and serve the Urban Effect even without the assurance that the process of complexification and miniaturization taking place through human activity will lead to the consummation. We are engaged in a great adventure whose outcome is uncertain.

Its failure would not mean the final failure of the Urban Effect; for as a principle it does not depend on this one planet. But it would mean that the human venture had failed. The possibility of failure in no way minimizes the importance of the envisioning of a hopeful outcome. On the contrary, the dangerous loss of future that afflicts us in the West today is not primarily a loss of certainty that the future will be a consummation.

More fundamentally it is a loss of the sense that any happy outcome is possible, that the future could be such as to be a source of worthwhileness in the present. If fundamental fulfillment is possible, yet threatened, we are called to act with even greater urgency than if only the timing of the End is affected by our efforts. The possibility of failure does not mean that our ultimate faith cannot be in the successful outcome. Our ultimate faith must be in the process that alone can lead to the successful outcome. We must live today not only from the future vision but from the present rewards of participating in the ongoing transformation that is the urban Effect.

We need the vision of the outcome to nerve us to the subordination of our present desires to transformation by the Urban Effect. But we cannot live from the future alone except as we find in doing so a present meaning and rewarding newness. The eschatological orientation is the basis for present meaning, and the experience of that meaning is required to sustain the eschatological orientation.

This polarity is clearly present in Soleri and his association, though it is inadequately developed in his theology. At one level he is quite correct to polemicize against nirvana. A Buddhist teacher will often begin by ridiculing the remnants of eschatological thinking, arguing that any future will be only another Now and therefore unable to give meaning to the present.

The present Now is as good a candidate as any for the fulfilled Now. Hence, the Buddhist concludes, only when we realize this and disengage ourselves wholly from the future orientation can we begin to progress toward the emptiness that is the only true fullness. If so, then one might see the Buddhist movement toward Buddhahood as another avenue toward the final resurrection that Soleri foresees as the consummation of all things. Furthermore, although the movement toward enlightenment seems to lead first away from involvement in history and hope for future fulfillment, the Buddha or Enlightened One seems to be an instance of the work of the Urban Effect and to be peculiarly contributive to its further working.

Perhaps we need a more pluralistic vision in which we can trace the working of the Urban Effect through the complexity of the many great Ways of humanity even when these ways do not acknowledge it as we do. Although Soleri polemicizes against the concern to return to or preserve the past, he is not unaware of the claim of all things past as well as present somehow to participate in salvation.


In that process his awareness of the need for tough-mindedness in sacrificing the lesser for the sake of the greater prevails. I suggest that reflection on the way the Urban Effect works could infuse our participation in the process with more of the tenderness that is manifested in the final End. For example, in the encounter of two minds which have generated opposing ideas, the Urban Effect does not manifest itself in the sheer victory of one over the other. On the contrary, it appears in the emergence of ideas that are different from those which either party brought to the encounter.

But the new ideas are not simply different from those brought by the two participants, so as to displace them.

No, the function of the Urban Effect is to generate novel ideas of such a sort that the preexisting ideas are retained but revitalized and included in a larger, more adequate whole. The rise of the new is not the abolition of the old, but its transformation and inclusion.

Of course, this is a one-sided view. There are times when the old is simply destroyed and perhaps this must be, yet it is not mere sentimentality to weep for the permanent loss of some mode of thought or form of life. It would have been better if that too could have been preserved in the larger whole so as to contribute its uniqueness to the complexity and richness of the whole.

Soleri presents the Urban Effect as a fact descriptive of what happens. This is surely not wrong. But it is an astounding fact, so astounding that a great deal of thought has been engaged in the effort to deny or minimize it. There are primordially the myriad of particles, mindless and inert. How can it be? To this question Alfred North Whitehead has given more thought than Soleri.

He calls this thrust the Platonic Eros.

It is a lure by which what is not yet is made relevant to what is. Equally primordial with the myriad of particles is the cosmic longing to realize possibilities that are not absent from these particles as such. This requires the ordering of these possibilities so as to serve as lures for all the conditions of actuality. These lures may be resisted by the particles, but gradually they draw the particles into new forms of order through which they are actualized. Thus even matter is not mere matter; for it, too, in some rudimentary way can respond to relevant aspects of what is not yet.

As matter responds to the rudimentary possibilities relevant for it, life appears, with its vastly greater capacity for response to a wider range of possibilities. In short, the Urban Effect as sheer phenomenon is the expression of the power of the not-yet to energize what-is. That power is God. There may be some irony in the fact that as a Christian theologian I urge Soleri to accentuate the deity of the Urban Effect over against the radically eschatological deity of which he more often speaks. I do not do so in order to bring his thought more in line with historical Christianity. 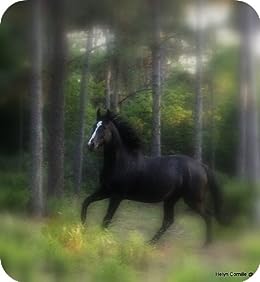 A strong case can be made that Christianity is most true to itself when it is most fully eschatological. Wolfhart Pannenberg , probably the leading systematic theologian in the Protestant world, makes that case today.

But he does so on the basis of the resurrection of Jesus as the proleptic occurrence of the End through which the truth of the End is established. Soleri does not want to argue from such a specific historical event. Instead he argues from the Urban Effect.

But in that case it is the Urban Effect and not the resurrection in the last day in which we can put our confidence. For the resurrection we can hope and work. Although this refocusing of theological attention may deepen the gulf between Soleri and traditional Christian faith in one way, it can bridge it in other ways. Soleri does not seem to appreciate the extent to which our human relation to the Urban Effect resembles historic Christian thinking about our relation to God.

Erasmus of the Low Countries

When we serve the Urban Effect it works through us to create the Son-God. Only in such service is perfect freedom. Christianity has long been torn between the vision of a new heaven and earth, on the one side, and, on the other, salvation for some in the midst of an unredeemed world.

A derivative tension was felt keenly in the sixties, when Church leadership, committed to structural change, found itself out of touch with the pietistic majority among the laity.

Other groups in our society exaggerated this split, some seeking an instant reform of social structures, and others dropping out of society altogether.